Hello everyone, It's been a very busy few weeks! Over the last few weeks, we've released a moderately sized update for PACX (as it is nearly to version 1.0), we fixed a small snag in the TFDi Design 717's navigation display, and of course, have been hard at work on the TFDi Design MD-11. I've included some new renders and information from a few of the developers on the project.

To start, I'll quote @Ricardo Ramos, the systems programmer for this project.

Electrical system development is progressing fast: buses, generators, relays, switches, loads and overall interconnection mesh were coded individually and now are being integrated to work together. Buses share loads and sources when interconnected. Transformer-rectifiers and inverters were created with efficiency coefficients so when a load is present in a DC bus, the corresponding AC bus will be loaded proportionally to the transformation ratio and efficiency. Generators also share loads when interconnected. The overhead indicators were already added. Buttons event handling are coming next. With all parts working together, the logic for switching relays in automatic mode will be created and integrated last. 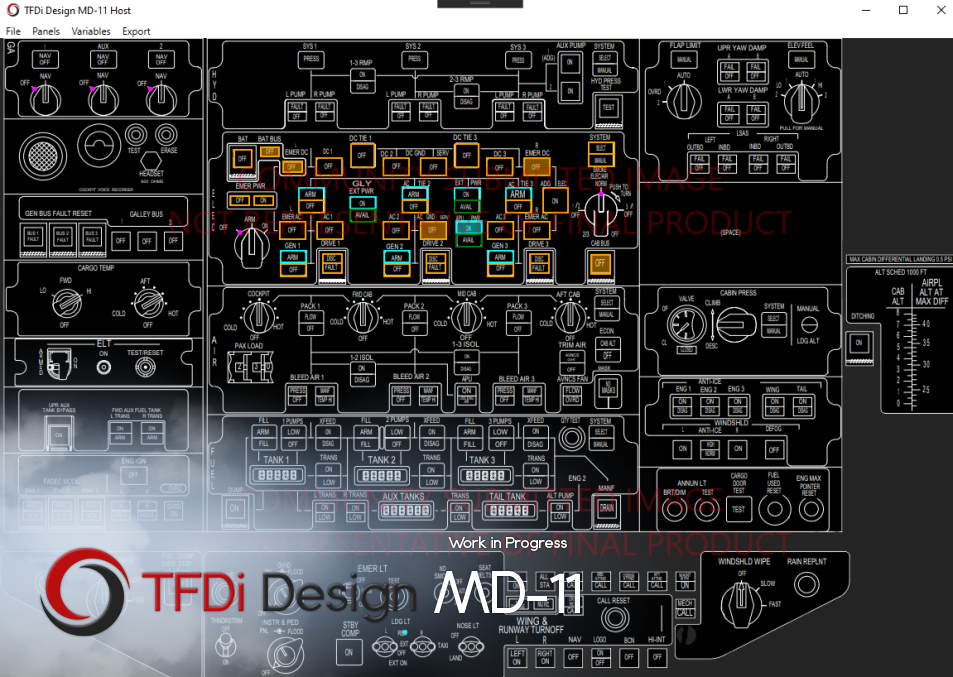 @ozzman1997 has been doing some incredible work on the model as well. The exterior is nearing completion (still pending texturing, of course), but the cockpit has progressed immensely. 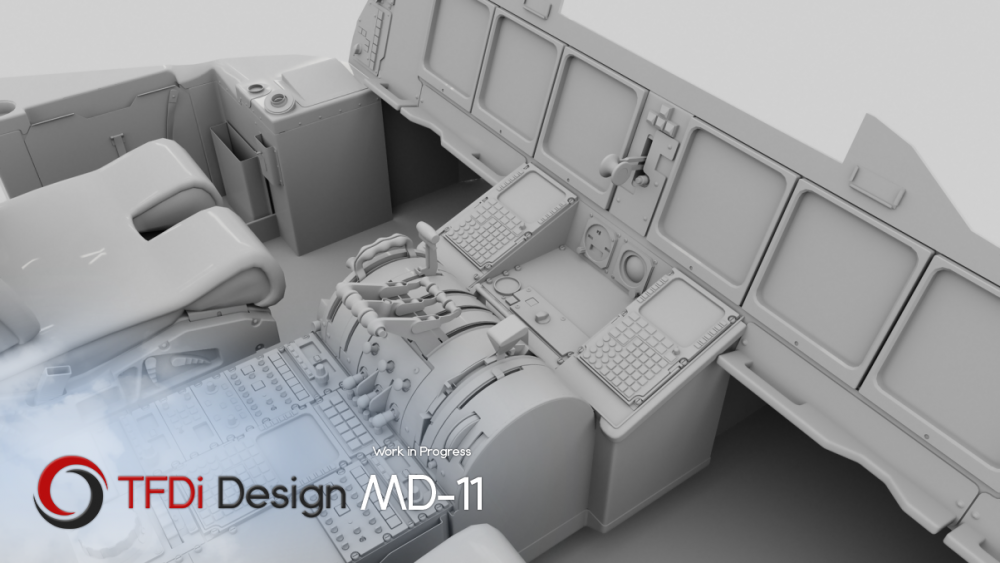 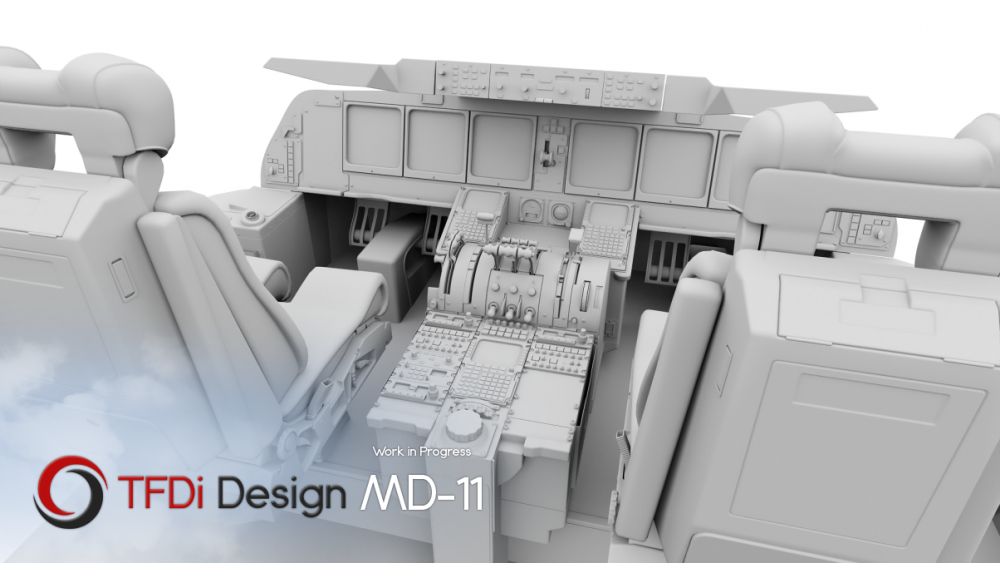 Finally, I've been working on the FMC/MCDU (and its associated sensors, computers, and systems). I don't have a screenshot to show this time, as the majority of my work has been behind the scenes. That said, here are some key points of what's been added to the system recently:

The next step is beginning to code flight planning and MCDU operations. Unlike our previous aircraft, we intend to simulate all (except maintenance/third-party software) features of the MCDU, such as wind entry and RTA. Of course, we're still early on, but progress so far bodes well.

That's all for now and thanks for reading!